With English wine improving with every vintage that passes they are increasing in popularity – English sparkling is a fantastic alternative to champagne and with estates like Three Choirs turning out wines like this we can see why.

Very fruit driven style with 18 months lees ageing. Delicious notes of lemon curd and green apple are followed by creaminess brought on by the lees. Crisp, with refreshing acidity.

Food Matches
Canapés, Indian / Curry & Fish & Shellfish GROWER – Growing grapes in this part of England is nothing new. The Romans were growing vines here some 2000 years ago and the tradition was carried on into the Middle Ages by the monasteries who reputedly made wines to rival those of the continent. Building on this long tradition, Three Choirs was founded in 1973, with half an acre of vines as an experiment. A favourable microclimate with warmer temperatures and lower rainfall than in most other parts of England, along with south-facing slopes and free draining sandstone soil makes it ideal for quality viticulture. Over the years many trials on different grape varieties have taken place and the vines cultivated today are a result of those trials. The vintage starts in about mid September and continues until early November depending on the weather, with Pinot Noir being the last variety harvested.

With the help from a very favourable summer, the small fruit farm began to expand. Named after a local Three Choirs Chorus festival this family winery has now grown from a half-acre of vines to over 40 acres. At Three Choirs all the picking is done by hand, ensuring strict quality control and a rigorous selection process. Each bunch is cut from the vine with as little stem as possible, placed into bins and then brought up to the winery for pressing. At this stage of the process, each variety is kept separate. Only after fermentation is the base wines tasted and finally blended into the final cuvée and bottled, ready for the all-important secondary fermentation and less ageing to take place. 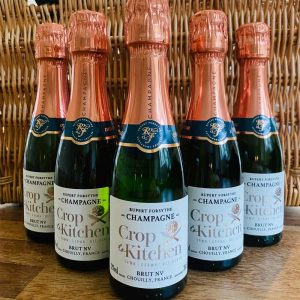 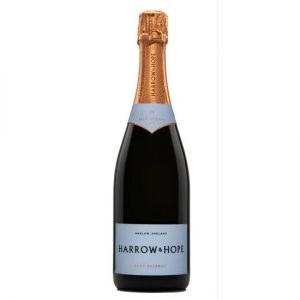 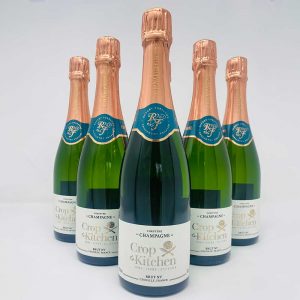 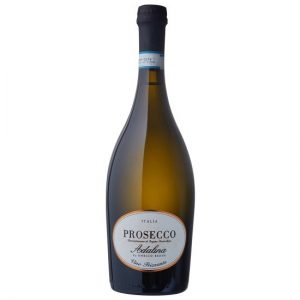